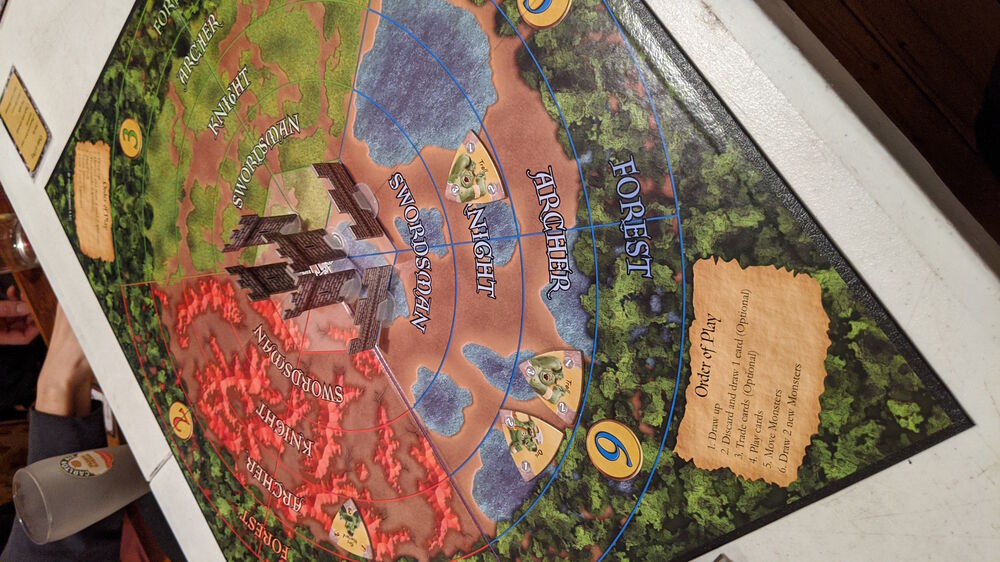 And although we men were fighting each other over these important victories, the greatest joy of the night was fighting together against man's common enemies: orcs pillaging our castles and viruses pillaging our global health systems. In Pandemic, Urban Grace men put their corona-fighting minds together to find a vaccine and restore world order (world leaders, take note). In Castle Panic! we didn't flinch when faced with a veritable avalanche of foes; instead we hurled boulders, tar and bricks against the never-ending drawstring bag of doom to protect our precarious cardboard castle. Victory in this game is so rare that Chris Nario immediately took a photo to show Czarina! (Pictured above)

Overall, the boardgames night was an epic time of fellowship. We hung out, ate, drank home-brewed beer, defeated orcs and glorified God. Thanks again to Toby for hosting, Robbie and Jemima for cooking, and Tim for organising the night - can't wait for the next one. Game on!